Five Industries That Use Military Camouflage

Military camouflage netting is typically something that we associate with soldiers and warfare. But it’s not only the armed forces that use camo nets. The visual deception that camouflage provides makes it perfect for many other industries. Modern camouflage patterns make it possible to conceal yourself in almost any environment. There are even digital camouflage patterns. Anglers, hunters and photographers now all use camouflage. 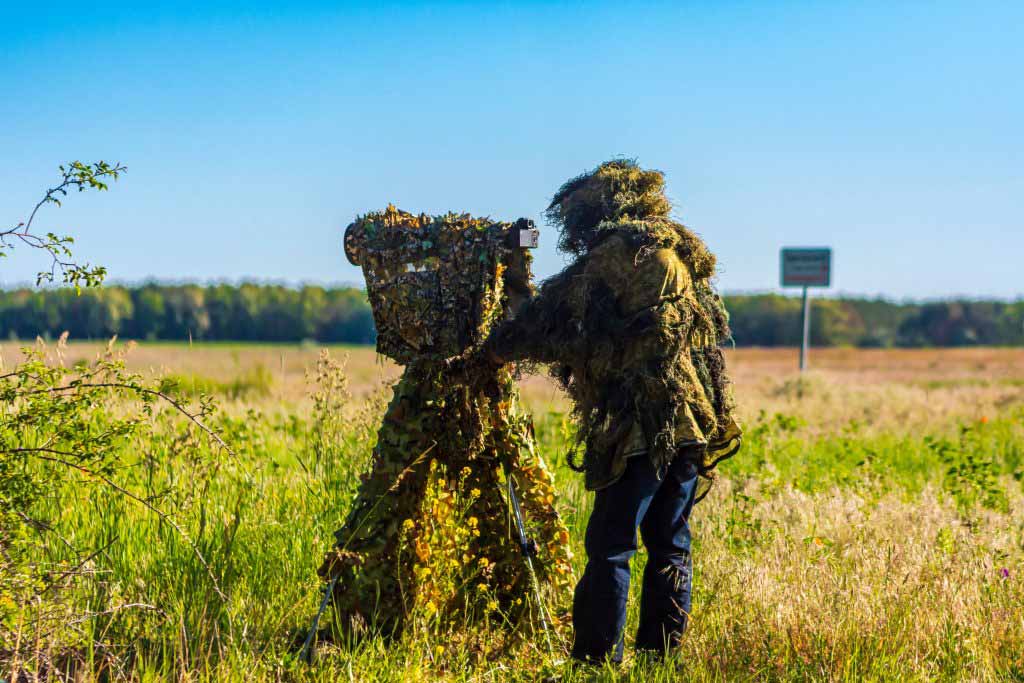 Camouflage patterns and techniques make military camouflage ideal for some surprising industries. At Camonets, we supply clients that wouldn’t spring to mind when you think of camouflage.  If you’re looking for new ways to use camouflage in your industry, keep reading.

A Brief History of Military Camouflage

Before jumping into how modern industries use camouflage, it’s good to know how we got to this point. It might come as a bit of a surprise that militaries have only been using camouflage for just over a century.

It’s no surprise that military camouflage features in plays, films and TV for war scenes. But it’s not just army flicks that use camouflage. While there’s a demand for camouflage to make army scenes, army camo net appears in all genres.

Set designers around the world use camouflage netting for various purposes, such as:

Theme parks are often about complete immersion into the thrill of amusements. Seeing all the machinery that makes rollercoasters fun can break the spell. Theme parks use camouflage netting to hide areas from their thrill-seekers.

But that’s not all they’re used for. Both Thorpe Park and Alton Towers also use camouflage netting to:

One of the most important parts of running a zoo or safari park is ensuring the animals’ wellbeing. Taking them from their natural habitat and moving them to a new environment can be a jarring experience for the animals. Zoos and safari parks do all they can to help the animals to adjust and feel more settled.

Glastonbury might be the last place you’d expect to find camouflage — beyond cheap pop-up tents. But music festivals and events use camouflage for a range of reasons,  such as:

The way that camouflage patterns blend with natural surroundings makes them ideal for gardens. Landscape gardeners often use camouflage netting to:

And it’s not just garden design that uses camo netting. Some interior designers are also incorporating netting into their designs. Camo nets are an excellent choice for themed bedrooms for kids and features.

Need camo netting for your next project? Camonets is the leading supplier of camouflage netting in the United Kingdom. We have a huge range of camo netting available and have samples available so you can try them before you buy. Order yours today and get delivery worldwide from £4.49.